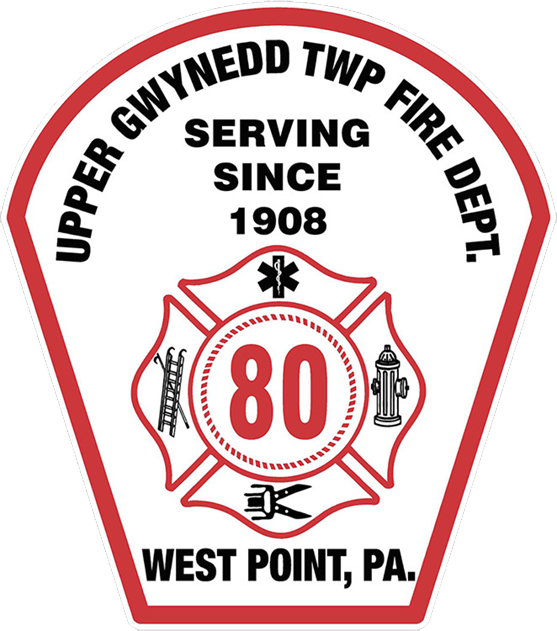 A meeting of the citizens of West Point and vicinity was held on this date in Hallmeyers Hall. The meeting was called to order by Harrison K. Moyer at 8 o’clock who announced that the object of the meeting was to organize, if possible, a fire Company. On a motion, Ellwood Hoot, ESQ., was unanimously chosen as temporary president of the meeting and J. F. Fenstemacher as temporary secretary. General remarks were then made. Mr. Thomas of Lansdale gave the meeting some idea how to go about organizing a company of this kind. Remarks were made by L.W. Mattern, Thos. Gibson and others. On a motion that carried, all officers of the company should be either businessmen or property holders. A motion was made to name the organization “The West Point Chemical Co. #1”, which lost. Another motion was made to name it “The West Point Volunteers”, which carried. On motion, the following officers were then nominated and elected by acclamation until a permanent organization can be formed.

The names of members present at this meeting can be seen on our Life & Founding Members page.

The first two committees were formed at this first meeting. Constitution and By-Laws, and Finance and Contribution.

The conclusion of the meeting was met with applause after Thomas Gibson, Superintendent of the Montgomery Traction Co. offered the company the service of a steam whistle for a fire alarm on the traction company’s power house. The first dues were collected at $1.00 per member.  5 more people were added to the roll for membership.  The matter of territory was also discussed at length and on motion, was to obligate the company to calls within a 2 mile radius not including any boroughs.  This motion carried. Click here to see a map of this 2 mile radius. A motion was made to have a committee of three appointed to look into the matter and get prices on fire apparatus.  Motion carried.  The president appointed on that committee I.G. Lester, Thomas Gibson, and J.F. Fenstemacher.  5 more people were added to the roll for membership, making a total of 57 members up to date.

The committee on fire apparatus reported they had visited Skippack and Collegeville fire companies and examined their apparatus.  Skippack having an 80 gallon chemical apparatus and two hand water pumps.  The price of the of the chemical engine was $500.00 and the water pumps about $35.00 less hose.  At Collegeville the committee reports a powerful water pump propelled by a four cylinder automobile gasoline engine at about 40 horsepower.  Prices were procured of the machine from the Howe Engine Co. of Indianapolis, IN for the sum of $1600.00, a similar engine with 2 cylinders for $1300.00.  The Badger Chemical Engine Company also quoted price on a 40 gal. apparatus for $250.00.  It was also decided, at this meeting, to have a committee appointed to get prices on buckets, ladders, and hand fire extinguishers.  This committee was appointed to W.L. Beam, J.B. Quinn, and W.U. Cassel.  3 people were added to the roll for membership.

3 people were added to the roll for membership. The apparatus committee reported a representative of the Waterous Engine Works Co. of St. Paul, Minnesota called on them with circulars and prices on a gasoline fire engine with 1,000 ft. hose complete for the sum of $1900.00 and also circulars and pricelist of chemical apparatus from $185.00 to $900.00. Extended remarks were made in regards to what kind of apparatus should be procured, bringing out a variety of ideas from the members present.

The committee on ladders, buckets, and chemical hand extinguishers reported prices as follows:

President Ellwood Hoot made the following appointments on the committee on property:

The committee on property reported that a two story frame building, 32′ x 14′ owned by H.M. Nase could be bought for $275.00, also two lots owned by Mrs. Fryer of Bridgeport, PA located on Garfield St. Could be bought for $170.00 and $110.00 respectively and also a lot on the corner of Garfield St. adjoining the P.O.S. of A hall owned by the Custer Estate for the sum of $75.00. On motion the committee was instructed to ascertain the cost of having Mr. Nase’s building arranged suitable for the need of housing a fire apparatus and a place of meeting. A motion was made that the President and Secretary be instructed to take legal steps to procure a charter. The first committee to organize a fundraiser was appointed to hold a supper. The committee on ladders, buckets, and hand extinguishers reported with a sample of a hand extinguisher called the Phoenix, price $11.00 each.  Orders have been placed for four of the same also reported had ordered two dozen galvanized buckets. Committee on property reported cost of making alterations to H.M. Nase’s building with new floors, new slate and all necessary plastering $100.00, $45.00 of which was for the floor and plastering.  The committee also reported a new building could built for about $1100.00.  The committee  was authorized to purchase the building, the President and Secretary overseeing the purchase.

The fire apparatus committee made recommendations to purchase the Howe two-cylinder piston gasoline water engine #71 at $1300.00 or the McWilliams 70 gallon chemical engine for $850.00. Also recommended was 1000 ft. of 2 1/2″ fire hose and hose cart at the price of $500.00. A vote on which apparatus to purchase will be taken in April. The committee on hand extinguishers and buckets reported that the goods ordered in February had arrived. A motion was made to place two extinguishers in W.L. Beams engine house and two in the engine house of the Montgomery Traction Co. until such time when our building will be ready for same. Committee on property reported arrangements with Mr. Nase to purchase his building were perfected. Motion made a carried to proceed with the purchase. The committee organized to hold a supper reports receipts amounting to $164.99.

Whistle acquired, districts to be organizedMarch 15, 1909

Mr. Miller and the Secretary were instructed to go to Norristown and consult the gentlemen of of the Hancock Fire Co. who offered their service in the way of furnishing such information as may be required in buying a fire apparatus and have them come out to a special meeting on Monday evening March 22nd. After consulting with Mr. Gibson about having the fire whistle put up on the power house at once and have whistle blown every Saturday afternoon at 4 o’clock. Wm. K. Heebner offered to donate a whistle valve for same. Once the whistle becomes operational, a signal system be established and territory be divided in districts and in case of fire the blast of whistle indicate the district. A committee was appointed to lay out districts.

Here is a view on Google Maps of these districts.

It was not long before firemen were able to purchase the corner lot on Second Street and Garfield Avenue (site of old fire house). Within a year they had started to erect their firehouse and were able to move into their new quarters.

The fire company placed an order with the American LaFrance Engine Company for a hand drawn four wheel chemical apparatus with two thirty-five gallon chemical tanks. This apparatus was delivered to the company in August of 1913 for the cost of eight hundred dollars.

The chemical engine was hand drawn by a long rope and the duty of each fireman was specifically stated in the by-laws, “In going to or returning from a fire, the drag rope shall be in the place of every member.”

With the approach of the automotive age, the fire apparatus were motorized and in May of 1917, the fire company purchased a 1917 Hudford truck. The two thirty-five gallon chemical tanks were removed from the hand drawn engine and were placed on the new truck.

The fire company awarded a contract to the Hahn Company for a pumper equipped with booster tanks. This equipment was delivered to the company on June 3, 1929 at a cost of $3,700.00. This truck was affectionately known as “Ezmirelda.”

Through the courtesy of Mr. John Stong, the fire company was able to purchase a lot on Garfield Avenue (site of current fire house), Mr. Stong having lent them the money. The fire company floated bonds to finance a new building and were able to move into their new quarters in 1942.

With the steady growth of the community, it soon became apparent that additional and more efficient equipment would be needed. During this time, firemen were conducting an annual carnival and were able to place an order with the Mack Company for a 750 GPM pumper equipped with a two-stage centrifugal type pumper at a cost of $10,481.00. The order was placed on August 15, 1947 and was paid for in full on October 6, 1947.

The fire company purchased a 1946 Ford pick-up truck, which was converted into a small utility truck and carried extra hose, brooms, tarps and other pieces of equipment.

The company placed an order with Ebert’s Motors of Lansdale for a 1951 International chassis and awarded a contact to Harwick Manufacturing of West Point to build the body according to the company’s specifications. The truck was to have a three-stage centrifugal pump. This truck was delivered to the company in October of 1952.

It wasn’t long before the company decided to modernize once again, and so in 1953 purchased two-way radios for the Mack and the International and a receiver was placed in the engine room.

The fire company appointed Rev. Ray Ahrens as the fire company Chaplain and for a time he was the only firefighting chaplain in the state of Pennsylvania.

A Junior Fireman Brigade was formed consisting of boys between the ages of fourteen and eighteen. This unit is completely self-governed by the boys who have elected their own officials.